Even though it’s more than a year away, now is the time to think about moving away from Windows Server 2008.

Let’s take a look at what the term “end of life” means and how you can migrate your business to a more secure server.

What End Of Life Actually Means

When a software vendor determines the “end of life” date for a product, it means they will no longer provide support for that product. They’ve decided that the product has reached the end of its useful life, and/or they have ended its marketing and development.

The Windows Server 2008 and 2008 R2 EOL means the end of regular security updates.

In other words, your infrastructure and applications will go unprotected if you don’t migrate to a current version or a new solution for greater security.

Windows Server 2008 was at one time the most popular server operating system, according to Spiceworks, with 45 percent of the market in 2016.

The Rise Of Cloud Adoption

Over the past 10 years, enterprise adoption of cloud technologies has skyrocketed.

Specifically, Microsoft has succeeded in gaining market share for its Azure solution. From the looks of its Migration Guide for Windows Server and its website, Microsoft is pushing Azure as the favored migration path for legacy users.

If your infrastructure and applications rely on Windows Server 2008, protect them now by migrating them to a new enterprise server.

Protect your infrastructure and applications.

Migrate from Windows Server 2008 and 2008 R2 to a more secure enterprise server. 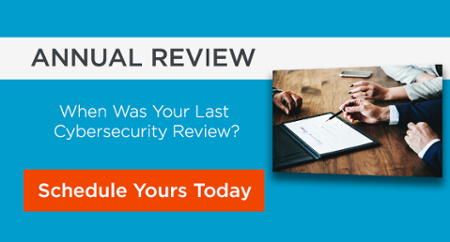 3 Regulatory Changes You Need to Know for 2019

If your business is a financial or healthcare institution, or you accept credit cards, you may...

What’s Next? 5 Cybersecurity Threats to Watch Out For in 2019

More than 7 out of 10 companies in the United States have suffered a data breach over the past few...

The financial and banking industry is under constant siege. For obvious reasons (large sums of...