Focus on Important Emails - Not on Clutter

Microsoft released an Outlook feature in 2015 with the benefits of de-cluttering the inbox by moving less important messages from the inbox and into a separate folder labeled "Clutter". Using algorithms that adjust based on analyzing user email habits, and based on past user behavior, it will determine what is considered low priority and move those messages into the clutter folder.

After finding that it was difficult to stay on top of incoming messages as they were being filtered into two separate locations: Inbox or Clutter; Microsoft incorporated a new feature that separated emails into 2 tabs: "Focused" and "Other", placing important messages into the Focused Inbox and everything else into the Other Inbox. This provides users more control over what they want to see now, and what they would like to see later.

Focused Inbox isn't necessarily a new feature, rather, it is a refinement and improvement of the Clutter feature. Clutter's purpose was to help focus on the most important messages in the inbox, but it did so by moving lower priority messages into a separate folder. Focused Inbox will make it easier for to see all new incoming messages without having to navigate to an entirely different folder.

Clutter will be going away at the end of January 2020. Which means at some point, users will need to learn how to use the new Focused Inbox features. Focused Inbox is the long-term replacement for Clutter, as it carries all the same features of Clutter but removes the need to navigate to other folders.

What happens to the Clutter Folder if the Focused Inbox is enabled?

How to Start Using Focused Inbox

Change How Messages are Organized

Since Focused Inbox uses the same algorithm to analyze emails; messages that would normally be moved to Clutter will now show up in Other and everything else will end up in Focused. 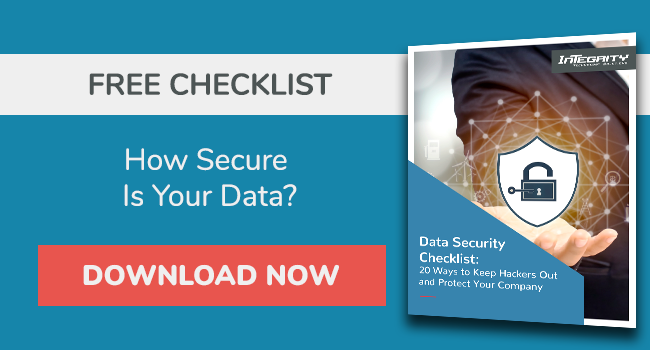 The number of connected devices is expected to balloon to more than 75 billion by 2025, a fivefold...

4 Famous API Breaches & What The Fallout Means For Your SMB

One of the core elements of securing your company’s network is a firewall. Firewalls control...